Founder Mr. Yutaka Tokushima of FabLab Asia Network and researcher at the Keio University of Japan, and Mr. Tsewang Lhundup, Technical Designer of the FabLab Bhutan, visited JICA head office in Bhutan and discussed with Chief Representative, Koji Yamada, the ways to create awareness on FabLabs in Bhutan. 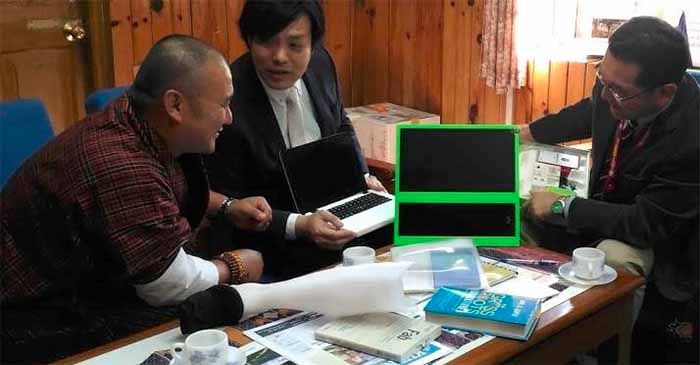 During their meetig Mr. Tokushima showed his custom-made laptop as well as a prosthetic leg printed by a 3D printer. He has been working on the research and development on prosthetic legs made of locally available materials such as used plastic bottles in the Philippines.